A Russian news item makes rounds on Internet: Russian organization which works with teenagers has ordered its employees, managers, psychologists, and lawyers, to attend a religious procession on September 12 in memory of Alexander Nevsky . They had to coerce at least five teenagers assigned to them to do the same.  Those who refused were threatened with losing their jobs.

This brings back memories.
In 1975, thirty years ago, I was a college student. To attend a moleben or a procession took courage. If you attended a solemn religious event, be it an Easter all-night service or  a Yom Kippur service, you risked being expelled from the university. Komsomol (Young communist organization) leaders, your fellow students, were sent to spot the classmates entering or exiting churches and temples.

If it's not one thing, it's another: you are either dragged to religion or barred from it.

Mandatory attendance on this day is nothing new in Russia. Alexey Krylov, a senior navy officer at the beginning of the twentieth century, writes in his memoir, "I could not help but recall one of these days, in the reign of Nicholas II.The day before, all newspapers published an announcement written in the official bureaucratic language.

The Sovereign Emperor superiorly condescended to command: on the high solemn day of the patronal festival of the Alexander Nevsky Lavra, the moleben with blessing of the waters and declaration of longevity for the ruling family will be celebrated. At the moleben are to be present: personages of both sexes having the right of attending at court, generals and admirals of the guard, army, and navy, and by appointment of their immediate superiors, staff and senior officers."

At least now it is local initiative and not a royal decree!

He continues telling a rather irreverent story which includes monks, government officials, famed monastery wines, and a military manager of  Sevastopol losing his job over a joke.

The full story is available online  in Russian . This delightful vignette is included in Krylov's memoir, available in English on Amazon, Nook, and Kobo as Professor Krylov's Navy.

It is my pleasure to post this chapter here in English for your enjoyment.

Posted by Laura Meyerovich at 5:52 PM 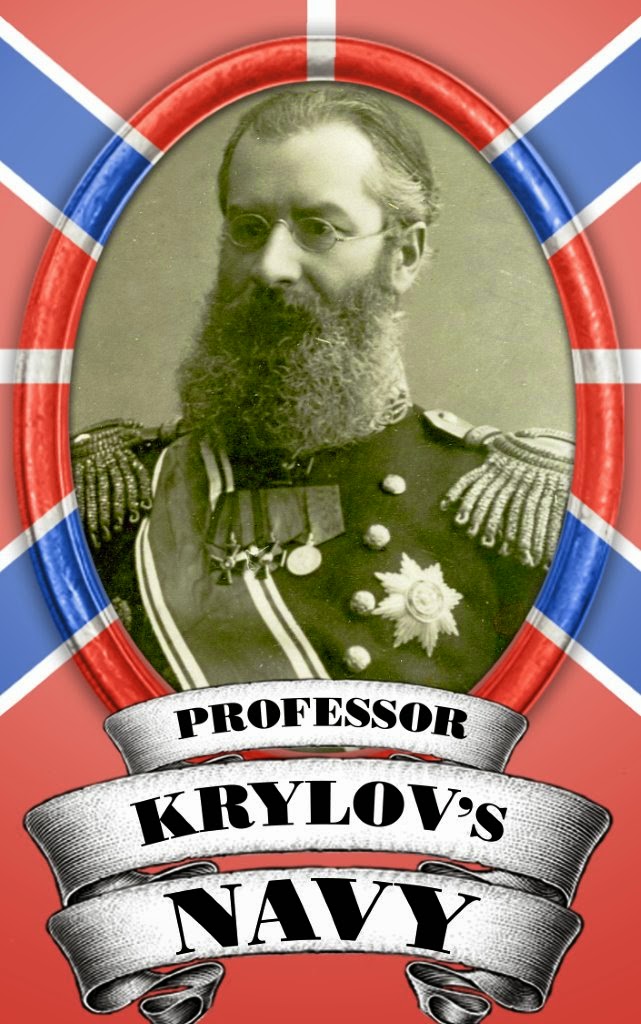